Well, another “Midsummer Classic” has come and gone, and will be forgotten in due time.

Much of what I said last year still holds. FOX using their robot football guy to introduce a baseball game, not showing the names of the players as they are being introduced….

I hope the people at the game got more information about the Medal of Honor recipients than we did. The announcers could have at least sent us to a website to learn more.

Anyway, while there are official regulations governing who is eligible for the award (they were finally put in writing in the early 60s), there are some unwritten, unofficial requirements:

* There must be at least two eyewitnesses to the incident. Got to have proof.
* You must put your life in danger. Fair enough.
* It must be something that if you didn’t do it, no one could blame you.

Go check out the official citations of the honorees, and hope that if you do find yourself in such a dangerous situation, you behave with even a fraction of their courage.

The game itself? A perfect example of baseball these days. Homeruns, strikeouts, and practically nothing else. 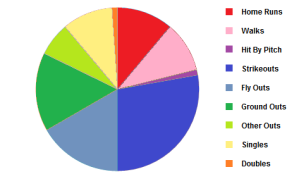 Half the plate appearances didn’t need a fielder to do anything.

I get it’s an exhibition, so the pitchers are all throwing flames and the batters are all swinging for the seats. But good heavens, it’s dull viewing. Major League Baseball really needs to make some changes in the off season.

By the way, Nationals Stadium did have its traditional President’s Race in the middle of the fourth inning. This time, Theodore Roosevelt jumped out to an early lead, but was blindsided by a flying rabbit. George Washington dashed past the ensuing pile-up and won handily.

They had a couple of players hooked up with microphones for in-game conversations again. Mike Trout and Bryce Harper were rather dull (except for Trout’s in-game weather commentary). Thankfully, Francisco Lindor and Charlie “I check my hole for gloves” Blackmon made up for it. If they do it again, get talkative and fun players like those guys.

Speaking of weather, MLB must have contingency plans in case there’s a rain delay or a rainout. Right?

By the way, what’s the deal with those wild socks that some players were wearing? And do enough people (other than collectors) buy those silly special All Star Game caps to justify making them?

This entry was posted in Uncategorized and tagged all-star game, Baseball. Bookmark the permalink.